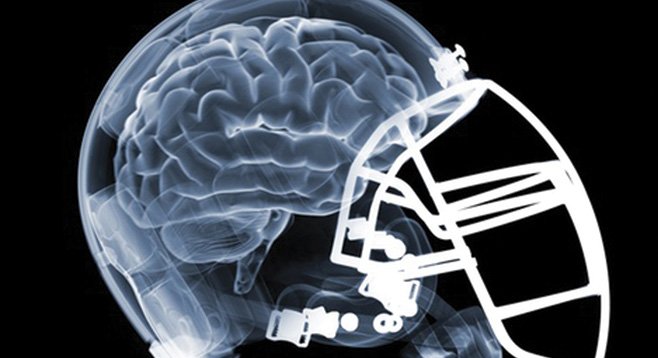 A study was recently published in the medical journal JAMA where it was found that 99% of deceased NFL players’ brains in the study had Chronic Traumatic Encephalopathy (CTE).[1]  CTE is a neurodegenerative brain disease found in individuals exposed to repeated head trauma.  Many cases of this condition have arisen among individuals who play contact sports like football, rugby, and boxing. CTE has also been observed in a great number of veterans as well.  Drawing from the studies, an easy inference to make is that absorbing high-speed collisions/strikes isn’t conducive to neuronal health.  Traumatic brain injuries affect 1.5 million people, almost half of whom are children/young adults making this a serious issue in the United States.[2]  Other forms of neurodegeneration which can be developed in people that don’t participate in high contact activities like Alzheimer’s and dementia are also rising in alarming numbers.  The world health organization currently estimates that 47 million people are living with dementia and predict that by 2050 that number will triple.[3]  The National Institute on Aging estimates that about 5 million people world wide currently have Alzheimer’s[4].

One of the oldest forms of providing therapeutic support for cognitive issues is utilizing ketogenic diets.  The ketogenic diet is a very high fat, low carbohydrate diet that mimics biochemical changes associated with fasting.  As a compensation for decreased carbohydrate intake, the body begins to produce ketone bodies namely Beta-HydroxyButyrate (BHB) which can cross the blood brain barrier and be used as an energy source by the brain and skeletal muscle.  In the early 1900s, this diet was used therapeutically for pediatric epilepsy patients, it’s still recognized as an effective treatment for that condition, especially for pharmacoresistant patients.  While the ketogenic diet was found to be effective for children and adults one major difficulty with this treatment particularly with adults has been adherence to the diet.

One consistency that’s observed across various human studies on different populations with cognitive impairment and neurodegenerative diseases is increased brain functioning in association with elevated levels of serum BHB.

A prospective study on 65 children with intractable seizures was done at Johns Hopkins Hospital to assess the use of ketogenic dieting for the management of difficult to control seizures.  Children were assessed before the diet initiation and 1 year after.  At the follow-up, 52% of the children remained on the diet and mean seizure frequency decreased from 25 per day before diet initiation to less than two per day 1 year later.[6]

In Alzheimer’s disease, there’s a pathological decrease in the brain’s ability to use glucose.  A study on 20 subjects with AD or mild cognitive impairment consumed either emulsified MCTs (which raise ketone levels) or placebos.  Significant increases in beta-hydroxybutyrate were observed 90 minutes after treatment when cognitive tests were administered.  The MCT treatment facilitated performance on cognitive tests like the Alzheimer’s Diseases Assessment Scale-Cognitive Scale for half of the subjects.  Higher ketone values were associated with greater improvement in paragraph recall with MCT treatment in all subjects relative to placebo.[7]

Patients prepared a “hyper ketogenic” diet at home and 5 out of 7 adhered to it for 28 days, the Unified Parkinson’s Disease Rating Scale scores improved in the five patients who adhered during hyperketonemia.[9]

While ketogenic dieting has shown therapeutic benefits for cognitive impairment, adherence to the diet has proven to be difficult.  An interesting solution to this dilemma is that clinical studies have shown exogenous ketone supplementation can also raise serum BHB levels.  A study on six normal adult subjects who received BHB infusions saw that their blood serum BHB levels reached 2.12 mmol/l and brain BHB levels increased to 0.24 mmol/l.[10]  A separate study on healthy and diabetic subjects who received an infusion of BHB also saw their utilization rate of ketone bodies increase in proportion to the increased serum concentration of ketones in both subjects.[11]

One caveat about all these studies that some will point to is that they’ve all been done on individuals already suffering from some form of neurodegenerative disease.  While this is a valid criticism, it’s also typical for clinical studies to focus on sick individuals.  Regardless, there’s a consistency across studies indicating that elevated serum BHB levels associate positively with neuroprotection.  This opens the possibility of supplementing with exogenous BHB as a mechanism to elevate serum ketone levels to potentially increase levels of mitochondrial biogenesis, cerebral blood flow, reduce reactive oxygen species production and shift brain glucose metabolism.  Many of these events are associated to some degree with aging in general, thus making BHB supplementation a preventative nutrition intervention, similar to how creatine and omega 3 have been utilized.