Exogenous ketone supplementation has gained popularity as a dietary aid and exercises performance enhancer.  The organic compound, beta hydroxybutyrate (BHB) is a key metabolite present during ketosis and is commonly found in ketone supplements.  Elevated serum levels of BHB have been associated with satiety and fatty acid oxidation which has made this a popular dietary supplement to jump start ketosis.  In addition to this, in the presence of BHB, the body will preferentially use BHB as a fuel source which makes it an effective supplement for muscle glycogen preservation.  This is why ketone supplementation has especially grown in popularity among endurance athletes as preserving energy substrates allows them to train longer before dipping into their glycogen stores which are a more limited fuel source.  One area where ketone supplementation has traditionally not been associated with is as a post workout anabolic aid.  But emerging research suggests that there could be some potential usage

A 2017 study published in Medicine and Science in Sports and Exercise journal was conducted to determine whether a dietary ketone ester combined with plentiful glucose could increase post-exercise glycogen synthesis in human skeletal muscle.  12 well trained male athletes completed a randomized crossover study.  They performed an interval-based glycogen depleting exercise protocol and were divided into three post-workout groups: 1) a zero-calorie control drink followed by a saline infusion  2) a control drink followed by a hyperglycemic clamp 3) a ketone ester drink followed by a hyperglycemic clamp group.  Skeletal muscle glycogen content was determined in muscle biopsies of the vastus lateralis before/after the two-hour clamps.  The ketone ester drink was able to increase blood BHB concentration to a maximum of 5.3mM, during the two-hour glucose clamps insulin levels were significantly higher in the ketone group (31 vs 16 mU/I) and glucose uptake was 32% faster (1.66 vs 1.26 g/kg).  The ketone drink increased by 61 g the total amount of glucose infused over 2 hours from 197 to 258 g, and muscle glycogen was 50% higher (246 vs 164 mmoles glycosyl units/kg dry weight) than after the control drink.  The results showed that in the presence of constant high glucose concentrations post workout, a ketone ester drinks increased endogenous insulin levels, glucose uptake, and muscle glycogen synthesis.[1]

A separate 2017 study published in Frontiers in Physiology was conducted to examine whether ketone supplementation could promote post-exercise muscle protein or glycogen synthesis.  8 trained males participated in a double blind crossover study, in each session the participants undertook a bout of intense one leg glycogen depleting exercise followed by a 5 hour recovery period during which they ingested a protein/carbohydrate mixture.  Additionally, subjects ingested a ketone ester or an isocaloric placebo.  In this study, ketone ester intake did not affect muscle glycogen synthesis but it was effective in rapidly lowering post-exercise AMPK phosphorylation and resulted in higher mTORC1 activation(as evidenced by higher phosphorylation of its main downstream targets S6K1 and 4E-BBP1).  Enhanced mTORC1 activation following ketone supplementation suggests higher protein synthesis rates.  Myogenic C2C12 cells were used to further confirm that ketones increased both leucine-mediated mTORC1 activation and protein synthesis in muscle cells.  This studies results indicated that adding ketones to a standard post-exercise recovery beverage enhanced post-exercise activation of mTORC1.[2]

A study from 1988 published in the Journal of Clinical Investigation measured the in vivo metabolism of leucine during beta hydroxybutyrate infusion.  The study found that leucine oxidation decreased 18-41% (a mean of 30%) and incorporation of leucine into skeletal muscle protein increased 5-17% (mean 10%).  The researchers concluded that beta hydroxybutyrate decreases leucine oxidation and promotes protein synthesis in human beings.[3] 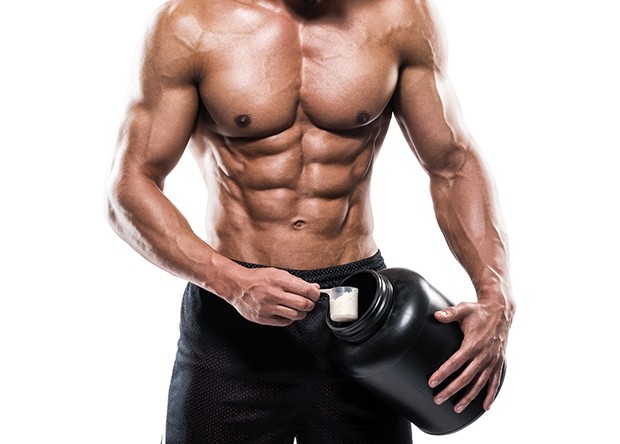 -The 2017 studies have conflicting results as one showed that ketone supplementation could increase glycogen synthesis while the other did not.  It should be noted that in the study where glycogen synthesis was seen, a hyperglycemic clamp was used which results in a higher dosage of glycogen being consumed/absorbed than what most normal trainees would consume after a training session.

-Two of the studies did indeed show that ketone supplementation was effective for leucine metabolism which has been linked to the mTORC1 pathway and anabolism.

-In the presence of serum BHB during starvation (or certain diets i.e intermittent fasting, keto or modified high fat/low carb diets) has a muscle sparing effect.

If one wanted to experiment with the usage of BHB based on these mentioned studies and previous research the two ideal strategies could be: 1) BHB and Protein post-workout: reduced leucine oxidation and increased muscle protein synthesis translates to less muscle protein breakdown and increased recovery.  2) BHB pre/Intra workout and Carbohydrates/Protein post-training: because serum BHB is used prior to any other fuel source, this could be an effective strategy to prolong moderate intensity exercises and spare some glycogen during portions of higher intensity work. While the studies used ketone esters as the BHB supplement, I linked to a salt form which is the form that’s traditionally been regarded as more tolerable/better tasting.

The BHB and carbohydrate (CHO) post workout stack from the study was modified since the carbohydrate dosage in the study was higher and delivered in a more easily absorbable form than what most people normally consume.  Instead, a potential usage could be to use BHB during certain types of intensive exercise.  The BHB would limit the effects of catabolism during training, the elevated ketone status would prime the body for carbohydrate storage rather than oxidation, potentially increasing glycogen synthesis.  A prime example would be using it after bodybuilding style hypertrophy workouts where glycogen depletion will occur but the ultimate goal is muscle synthesis.  Further research is warranted on the subject but ultimately, all three studies showed potential for the usage of ketones as a post training recovery aid.

Consultations can be done over the phone, or in person. To set up an appointment email Ergogenic Health at [email protected].