Chocolate is one of the most popular mass produced treats in the world today.  It’s origins date as far back as 1900 BC in present day Mexico, chocolate was a drink reserved for gods and nobility.  Olmec, Mayan and Aztec civilizations revered chocolate for it’s taste and health promoting properties relating to vitality and strength.  Spaniards later introduced chocolate to Europe where it remained a drink of the wealthy until a Dutch chemist devised a method that enabled it’s mass production.  This method involved removing some of the natural fat (cacao butter) from the chocolate as well as an alkalization process.  While this process was effective for making chocolate more accessible to the public it also neutered some of the aspects that made chocolate so revered among Meso-American cultures.  Clinical studies are beginning to reveal that chemical compounds found in “real chocolate” (dark chocolate) do confer benefits of strength and vitality.

One of chocolate’s most impressive attributes is it’s ability to enhance cognitive function across a broad spectrum of populations and tasks.  Participants showed enhancements in working memory performance and improved visual information processing after consuming cocoa flavonols.

For women, eating cocoa after a night of total sleep deprivation actually counteracted the cognitive impairment of poor sleep quality.  The effects of cocoa consumption depended on length and mental load of cognitive tests used to make measurements.  For young healthy individuals, high demanding cognitive tests were required to discover the subtle effects of coca flavonols. In elderly individuals long term ingestion of cocoa flavonols have been investigated and cognitive performance was improved in categories like attention, processing speed, working memory and verbal fluency.  The effects were more pronounced in older adults with the onset of memory decline or mild cognitive impairments.[1]

Researchers did experiments with 122 students between 18 and 25.  They divided the subjects into 6 groups and gave subjects in 3 of the groups 40 g pieces of chocolate.  There was one group given a high-cacao chocolate which consisted of 60% cacao,   another group was given 40 g low cacao chocolate and a third group was given higher cacao chocolate which also had L-theanine added.  The control groups consisted of a water with no additives group, a high sugar group that ingested the same amount of sugar as the low cacao chocolate group and a low sugar group that ingested the same amount of sugar as the high cacao group.  Researchers attached electrodes to the students heads to measure the electrical activity of the brain before chocolate/control drink administration and 90 minutes after.  In the students with higher cacao intake the theta waves decreased (the brain produces these waves the sleepier you are).  The higher cacao and high sugar groups had significant increases in beta waves (produced when you’re more alert/aware of surroundings)[2]  In addition to improving cognitive performance following long term administration, dark chocolate can provide an effective immediate mental boost as well. 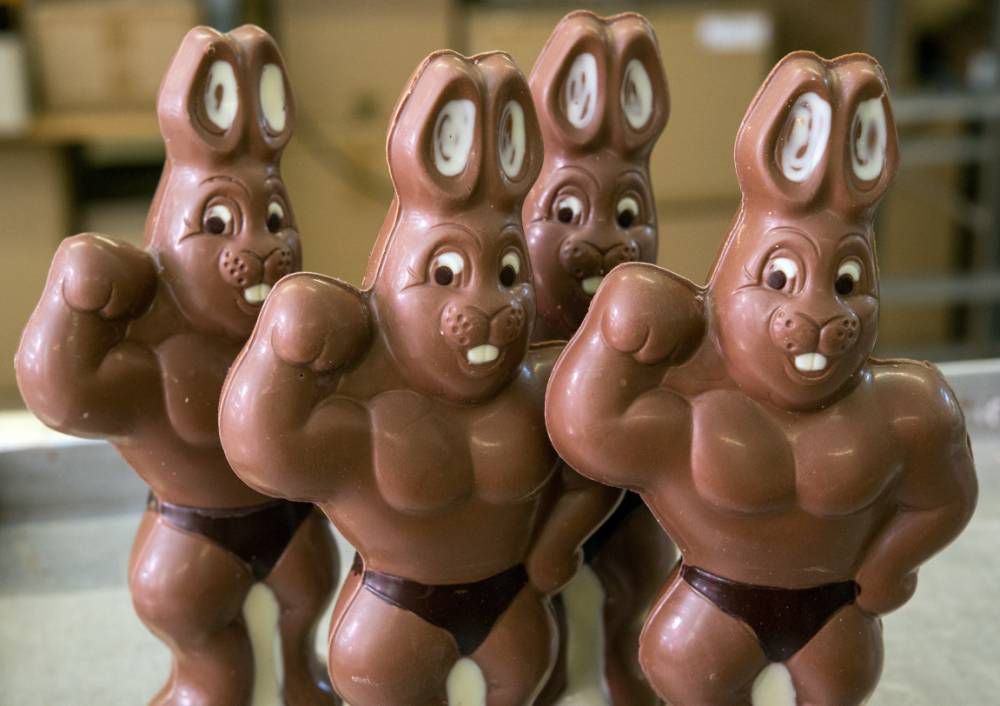 Muscle mass and strength levels are inversely correlated with all-cause mortality.  Unfortunately there’s a finite window where humans can maximize strength/hypertrophy before they begin losing muscle mass as part of a natural side-effect of aging.  A compound found in chocolate has shown promising results for it’s ability to promote strength and anabolism in humans.

The flavanol (-)-epicatechin (Epi) found in chocolate enhances exercise capacity and Epi-rich cocoa improves skeletal muscle structure in heart failure patients.  (-)-Epicatechin thus holds promise as a treatment for sarcopenia.  A study viewed the muscle cells of people in their twenties and sixties and observed that aging leads to an increase in the concentration of myostatin (a protein that inhibits muscle growth) and a decrease in the concentration of follistatin(a protein that enhances muscle growth and strength).  Aging also reduces the concentrations of proteins MEF2A, Myf5, and myogenin all of which are indicators of muscle growth.

A human study was conducted on individuals in their forties and seventies.  The subjects were given two doses daily of 25 mg (-)-epicatechin for seven days.  The subjects were given a total of 1 mg (-)-epicatechin per kg bodyweight per day.  The researchers examined the effects of the supplementation on the subjects hand grip strength and concentrations of myostatin and follistatin in their blood.  The study reported that follistatin increased by 49.2% while myostatin decreased by 16.6%.  There was also a 7% increase in hand grip strength following a 7 day treatment[3]

Chemical compounds found in cocoa offer various forms of metabolic protection including increased insulin sensitive, improved cardiovascular biomarkers and cellular functioning.  An observation of 42 RCTs comprising 1297 participants revealed that cocoa consumption improved insulin sensitivity, flow mediated dilatation, reduced diastolic blood pressure and mean arterial pressure.[4]  In a double blind study on 160 subjects ingesting cocoa where blood samples were collected at baseline and 4 weeks after intake of the beverage it was revealed that plasma oxidized LDL concentrations decreased as did plasma LDL cholesterol levels while the plasma HDL cholesterol concentration increased[5]  Data on 470 men was observed that accounted for blood pressure and habitual food consumption.  The relative risk for men consuming cocoa of cardiovascular mortality was reduced by over 50% over a 15 year period.[6]

-Cocoa can enhance cognitive performance in the short and long term across a wide population.  It’s effects are most notable in individuals during states where their memory is failing, they’re sleep impaired or under high stress while performing tasks.

-Cocoa has the potential to be an effective anabolic agent that offsets deleterious side effects of aging by reversing the myostatin/follistatin ratio and increasing strength levels.