Vitamin D is a fat soluble nutrient that plays important roles in the body.  The two main compounds it’s available as for humans are vitamin D2 (ergocalciferol) and vitamin D3 (cholecalciferol).  These nutrients can be sourced through dietary consumption, supplementation, and synthesized from sun exposure.  Vitamin D acts like a steroid in the body and its actions are mediated through Vitamin D Receptors which function to control gene expression and are found throughout the body.  Vitamin D has long been associated with playing a role in maintaining bone health by its impact on regulating calcium metabolism.  Research over the year has provided evidence that vitamin D plays a role in several other bodily processes.  For athletes, some beneficial aspects of vitamin D include its ability to enhance performance by increasing power and muscular strength, speed up recovery by increasing sleep quality and reduce levels of muscle damage and increase serum testosterone levels.

Adult male national level judokas involved in full-time training were allocated to either a 150,000 IU Vitamin D3 supplementation group or a placebo group.  The participants were tested twice, 8 days apart before the start of judo training and after 2 days of rest.  A 5-7 ml blood sample was collected following isokinetic concentric quadriceps and hamstring muscle function assessments.  Repeated measures analysis were used to analyze isokinetic muscle force and serum 25(OH)D3.  The D3 supplemented group demonstrated significant increases in serum 25(OH)D levels (34% increase) and muscle strength (13%) increase between days 1 and 8.  No significant differences were found in the placebo groups over this same time period.[1]

A systematic review of literature investigating effects of vitamin D supplementation on muscle strength in athletes was done looking at 5 RCTs and 1 controlled trial.  The trials lasted between 1-6 months and the dosages ranged from 600 to 5,000 IUs per day.  Vitamin D2 was found to be ineffective at impacting muscle strength in 2 of the studies.  In contrast, vitamin D3 was shown to have a  positive impact on muscle strength.  The strength improvements in the study ranged from 1.37 to 18.75%[2] 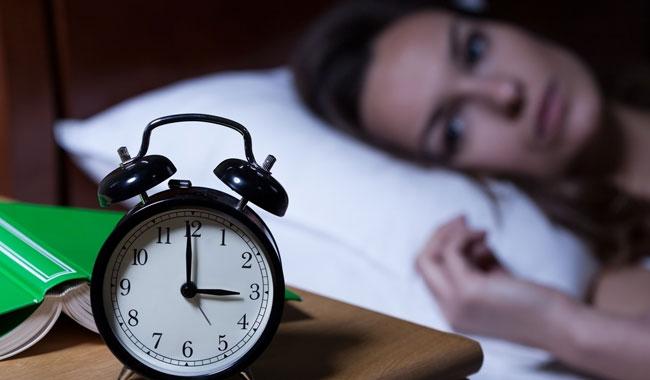 An observation of sleep improvement with vitamin D supplementation led to a 2 year uncontrolled trial of vitamin D supplementation in 1500 patients with neurologic complaints who had abnormal sleep.  The majority of the patients had improved neurologic symptoms and sleep through the maintenance of a narrow range of 25(OH)D3 levels of 60-80 ng/ml.  When making comparisons of brain regions there was a suggested direct central effect of vitamin D on sleep.[3]

Low levels of serum 25-hydroxyvitamin D (25(OH)D) are associated with skeletal muscle weakness.  A study was conducted to see if supplemental vitamin D enhances strength recovery.  Healthy adults were assigned to a placebo group or a vitamin D supplemented group (4000 IU).  The supplements were taken daily for 35 days and after 28 days of supplementation, the subjects performed an exercise protocol of 120 sets of 10 rep eccentric-concentric jumps on a horizontal plyo-press with a resistance of 75% of body mass and 20 seconds of rest between sets.  The exercise was intended to induce muscle damage and circulating levels of 25(OH)D, alanine (ALT), aspartate (AST), and aminotransferases were measured before supplementation, as was peak isometric force and muscle soreness.  These measurements were made immediately before exercise, immediately after, 1 hour after where blood was drawn, 24 hours after, 48 hours after, 72 hours after and 168 hours after.  Supplemental vitamin D increased serum 25(OH)D concentrations by about 70% and enhanced recovery in peak isometric force by about 8% at the 24-hour mark.  Supplemental vitamin D attenuated the immediate and delayed increase in circulating biomarkers representative of muscle damage (ALT/AST).[4] 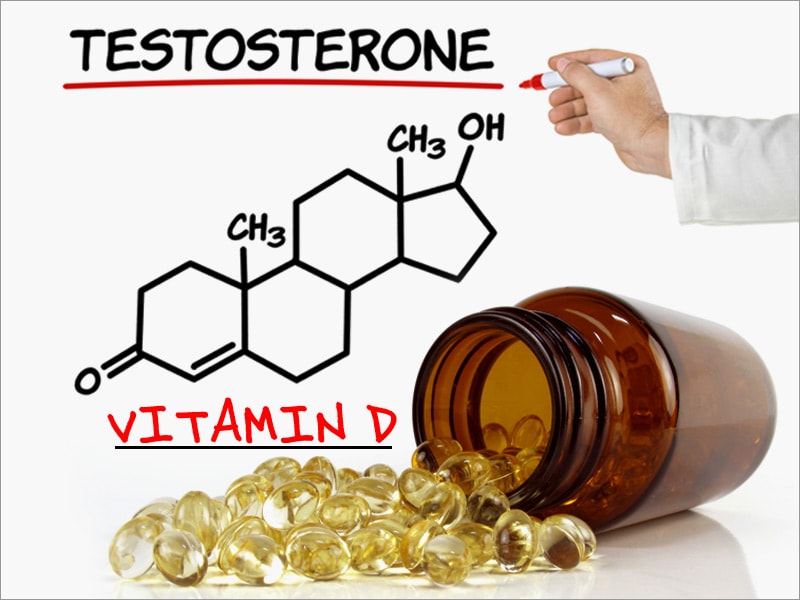 A study that included 165 participants assigned to either a 3332 IU vitamin D daily supplement group or a placebo group for a year.  Initial 25(OH)D concentrations were in the deficiency range (<500 nmol/l) and testosterone values were at the lower end of the reference range (9.09-55.28 nmol/l for males between 20-49 years) in both groups.  Mean 25(OH)D concentrations increased significantly by 53.5 nmol/l in the vitamin D group and remained constant in the placebo group.  Compared to baseline values, a significant increase in total testosterone levels (from 10.7 to 13.4 nmol/l), bioactive testosterone (from 5.21 nmol/l to 6.25 nmol/l) and free testosterone levels (from 0.222 to 0.267 nmol/l) were observed in the vitamin D supplemented group.  By contrast, there was no significant change in any testosterone measured in the placebo group.[6]