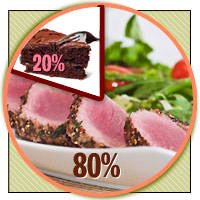 One of the reasons people hate diets and have trouble losing weight is because of their restrictive nature.  As mentioned in an earlier blog post many people are eager to start up fitness resolutions but sticking to them is a much more difficult task. 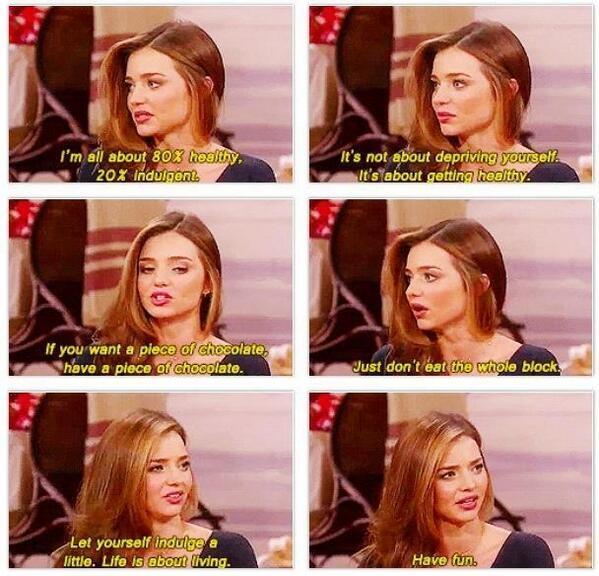 Far too often people beat themselves up over eating some “junk food”, often times this results in two outcomes: they turn the one snack or meal into an all out binge and write off the day as a “cheat day” or they guilt themselves over their choice and try making up for it by overdoing their workouts.  Having had clinical experience with patients with eating disorders these types of behaviors are obsessive and unhealthy.

Ultimately, it’s perfecty natural to crave and occasionally eat these foods.  Evoloutionarly we’re hardwired to crave “junk foods” that are salty, sweet, and fat because often times during our scavenger days these were the most caloric dense foods.  Your overall health isn’t a refelction of one workout (or missed workout) or one “healthy meal” or “cheat meal”.  It’s a product of consistent choices, over the course of time.  The 80/20 rule is a lifestyle choice for some and it’s not an exact number that I’m recommending for everyone.  Depending on someone’s goals they might need to be a tad bit more restrictive, sports nutritionist John Berardi PhD who’s worked with UFC champions like Georges St Pierre as an example uses a 90/10 rule.  But the general philosophy behind the 80/20 rule of eating mostly health beneficial foods while occasionally indulging without feeling guilty, is something I feel everyone can benefit from following.