Power is a game changer in combat sports, more so than any other athletic attribute.  One explosive exchange can reverse the perceived outcome of an entire fight.  Julio Cesar Chavez was down on 2 of 3 scorecards to Meldrick Taylor when he unleashed a barrage of power punches in the 12th and final round to TKO Taylor in the closing seconds of the fight.  Rampage Jackson found himself caught in a triangle choke to Ricardo Arona, at the time was regarded as one of the greatest grapplers in all mma when he forcefully lifted Arona up to power slam him unconscious and win the match.  Simply put, fighters with power are afforded the luxury of ending a fight at any given moment. 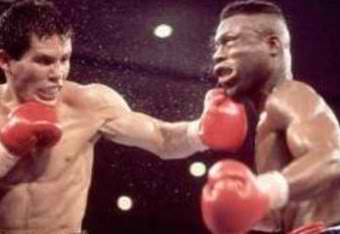 The listed exercises are ballistic movements that I’ve found to produce great results with professional boxers and mma clients that I train.  Ballistic training is a popular method of strength training for developing power that involves maximally accelerating a resistance and letting go of it rather than decelerating the resistance as is common with other types of resistance training.  The deceleration that normally occurs in resistance training is a natural safety mechanism put in place by the body to prevent injuries with heavier weights but this lack of inhibition during ballistic training means you can train the body at peak velocity throughout the entire movement.  The practical application is that it develops the explosive power that boxers and wrestlers are taught when they’re told to punch & or shoot through their targets.

Medicine balls are effective tools for developing ballistic power and they’re convenient pieces of equipment that can easily be transported/used practically everywhere.  In a study assessing the validity of medicine balls as reliable tests to measure explosive power with competitive volleyball players it was found that medicine ball tests were valid for assessing explosive power for analogous total-body movement patterns.(1)   All of the listed exercises in this article are replications of commonly used moves in striking and grappling.  In a different study with boxers using shot puts weighing 0.5-1.5 kg for a 28 day period, the boxers replicated their punching mechanics while throwing a shot put and found a significant correlations (r=0.83) between shot put distance and power of straight blows.(2).

All of these exercises should be done for no more than 6 reps per set and a total rep amount under 20 reps.  The key in developing explosive power is choosing weights that are light enough that you can throw forcefully while having an adequate amount of resistance.

Single-Arm Throw: This exercise replicates the motion of throwing a cross with your power hand.  It’s excellent for developing the proper shoulder “snap” on punches and follow-through to learn how to punch through the target.  This exercise works effectively for showing the athletes the “power leaks” that can occur from bad positioning like too wide or narrow of a stance or arms too far apart from the body, as any power leak will result in a weaker throw. 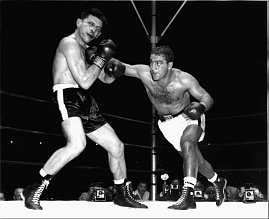 Chest Pass Sprawl: This exercise is a defensive maneuver that works on explosively stuffing a take down.  The chest pass develops upper body power for pushing an opponent off of you and the sprawl is one of the most important moves in wrestling for keeping your legs away from an opponent to prevent being taken down. 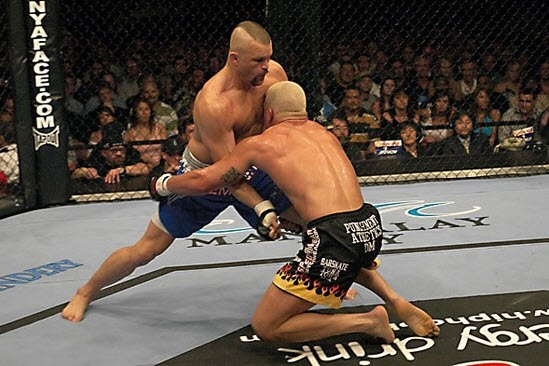 *when sprawling backwards it’s important to not think of it as a belly flop(or letting your knees touch the ground).  You’re forcibly kicking your legs back out of reach from your opponent and putting your center of gravity over your hips to position yourself to apply pressure and attack

Overhead Slam: this exercise transfers over to both the striking and grappling aspects of fighting.  It’s a triple extension movement that develops powerful shoulders and a strong core.  The movement is similar to a snap down, a commonly used wrestling technique when fighting for position that off balances an opponent.  For strikers it’s also possible to do this exercise using only one hand with lighter ball to develop power in each arm individual 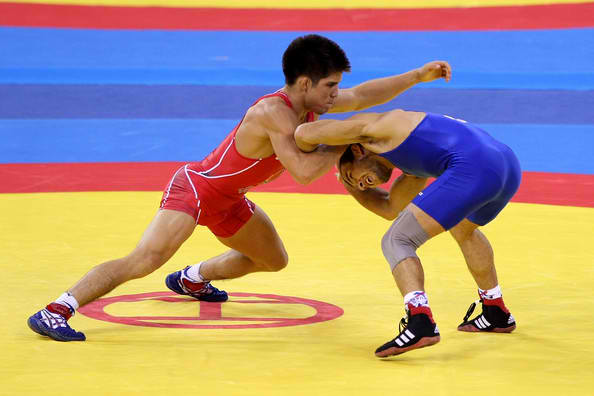